Foot Pain is Not a Normal Part of Ageing

Why is it that once we pass fifty, we tend to dismiss any niggles, aches or pains as just a “normal” part of ageing?

In fact, the research says otherwise*!

Unfortunately this commonly held belief prevents many from seeking treatment, or finding relief from pain. It is troubling to think just how many older Australians are suffering needlessly from issues which could be easily remedied!

This is exactly what happened to me.

I’d worn high heels to a special occasion, and accidentally rolled my ankle while walking back to the car. I quickly recovered my balance (and my composure – it was a bit embarrassing!), and it didn’t seem sore or swollen afterwards so I pretty much forgot about it.

When Something Isn’t Right 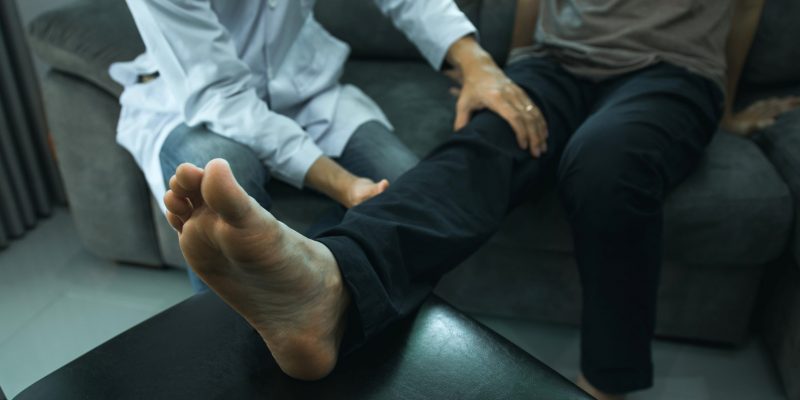 But my ankle just “wasn’t quite right” after that.

I put it down to getting older, and not wearing high heels very often.

Over the next few months, I wore them even less as they triggered pain across the top of my foot. I also found it difficult to walk in them – I seemed to have lost my sense of balance, and struggled over rough terrain, for example, if I had to walk down a hill.

However even without wearing heels, I felt a strange tenderness just outside my ankle joint, particularly if I tried to sit cross-legged.

“All part and parcel of getting older,” I thought.

Then I stumbled across an article about how a twisted ankle can affect you months, even years later; so I decided to visit the podiatrist who had written it.

When they tested my muscle strength, the injured foot was dramatically weaker than the other one. It seemed that when I rolled my ankle, the tremendous forces had jarred it out of alignment.

This had then affected my biomechanics (the way the body moves, particularly when walking). With things out of kilter, it was no wonder I was experiencing pain and tenderness – my body was trying to let me know that something was wrong!

Thankfully my foot pain was easily treated with a technique called Foot Mobilisation Therapy, which was much simpler than the surgery or orthotics I’d been fearing.

What is Foot Mobilisation Therapy?

Provided by only a handful of specially trained podiatrists, Foot Mobilisation Therapy (FMT) is quite similar to what you might expect from a chiropractic treatment.

My foot and ankle were gently manipulated, popping into place audibly (although this isn’t always the case).
Immediately the affected foot and ankle felt looser, and I had a far greater range of movement and strength. While the area felt a little tender afterwards, there was no pain.

There was no need for further treatment, beyond having my foot strapped with kinetic tape for the next two days to remind my body how to walk properly again.

Best of all, I am back to wearing my favourite high heels when the occasion calls for it!

I share my story to encourage other over fifties: pain is NOT a normal part of ageing. Rather, it is our body’s way of signalling that something isn’t right, and we would be wise to pay attention to it!

Based in Brisbane, Janet Camilleri submitted her first article to a magazine at the tender age of twelve (no, it wasn’t published). Since then however her work has appeared in dozens of print and digital publications. If you enjoyed this article, check out her blog Janetti Spaghetti!