Varicose veins are unsightly and often cause embarrassment. Wearing long pants in summer is not an option, so here we offer you some treatment ideas. As always, every person is different, so it is important to consult your doctor before making any decisions.

Varicose veins occur when vein valves are weakened, causing blood to pool and the veins to stretch and bulge through the skin. Not only are they not attractive, they can also be painful and ache, and may develop into health issues further down the line.

Diagnosis can report either an issue with the main vein trunk, or those that branch off it. If you are feeling heaviness in your legs, discomfort, or embarrassment, it is time to go to your doctor and get an ultrasound.

There are a few treatments for those suffering with varicose veins, depending on the severity of the individual case.

Sclerotherapy is a simple, painless injection of saline into the affected vein/s. It causes the vein/s to collapse and be absorbed back into the bloodstream. Best done on small to medium varicose veins, it can be completed by laser-assist, foam, or ultrasound-guided. There is no pain or down-time, meaning you can get right back to your day. Multiple treatments may be required.

Phlebectomy, also referred to as ‘vein stripping’, is a permanent treatment, and requires more recovery and down-time. The procedure consists of small cuts made near the damaged vein/s, which are then wholly removed. It is occasionally done in conjunction with thermal or non-thermal ablation.

Thermal Ablation/Radio-Frequency Ablation uses laser or radio frequencies to heat the inside of the vein. The heat destroys the walls of the vein, causing it to shrink and eventually be absorbed by the body. Some discomfort may occur despite the use of numbing agents. Affects take one to two weeks to be seen, though regular activity can be resumed the following day.

Non-Thermal Ablation is a recent addition, and long-term results are still yet to be confirmed. The procedure involves using medicated foam or glue to shut off the vein, causing it to be destroyed and absorbed.

There are plenty of options to choose from, and a simple consultation with your doctor can begin the process. 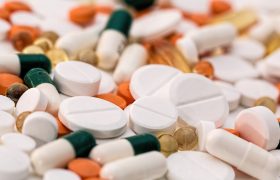 If a doctor has prescribed antibiotics, you want to make... 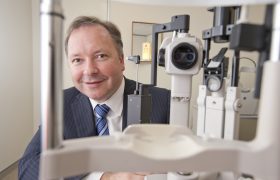 As we get older, many of us get cataracts and... 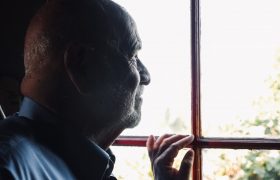 Dementia is a broad term for memory loss and the...